The Julia ecosystem for geospatial modeling is maturing very quickly as the result of multiple initiatives such as JuliaEarth, JuliaClimate, and JuliaGeo. Each of these initiatives is associated with a different set of challenges that ultimatively determine the types of packages that are being developed in the corresponding GitHub organizations. In this section, we try to clarify what is available to first-time users of the language. 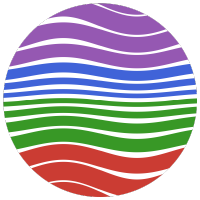 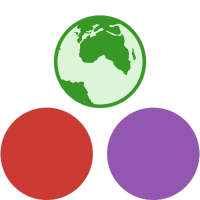 Originally created to host the GeoStats.jl stack of packages, this initiative is primarily concerned with statistical modeling of geospatial processes. Due to the various applications of geostatistics in the subsurface of the Earth, most of our packages were developed to work efficiently with both 2D and 3D geometries.

Unlike other initiatives, JuliaEarth is 100% Julia by design. This means that we do not rely on external libraries such as GDAL and Proj4 in our implementations. Consequently, we may lack important features at this point in time.

The most recent of the three initiatives, JuliaClimate has been created to address specific challenges in climate modeling. One of these challenges is simply getting access to climate data in a format that is easy to consume in Julia. Packages such as INMET.jl and CDSAPI.jl serve this purpose and are quite nice to work with. Additionally, other packages such as ClimateTools.jl were developed to help with the computation of climate indices on 2D grids that are standard in climate sciences.

Focused on bringing well-established external libraries to Julia, JuliaGeo provides packages that are widely used by the geospatial community from other programming languages. GDAL.jl, Proj4.jl and LibGEOS.jl are good examples of such packages, which are often used as indirect dependencies in Julia projects. Additionally, this initiative provides packages for IO such as Shapefile.jl and GeoJSON.jl that are written in pure Julia and can be easily installed anywhere.

Besides the three main initiatives listed above, various other initiatives can be found that are related to computational geometry and visualization of geometric models. We highlight the Meshes.jl project hosted in the JuliaGeometry organization, the Makie.jl project hosted in the JuliaPlots organization, as well as other packages for loading/saving mesh data such as Gmsh.jl, PlyIO.jl, ReadVTK.jl and WriteVTK.jl.